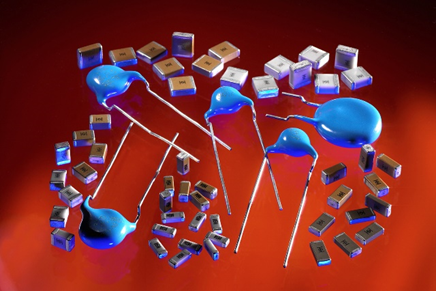 Many safety regulations mandate that Class X or Class Y capacitors must be used whenever a “fail-to-short-circuit” could put humans in danger, to guarantee galvanic isolation even when the capacitor fails.

A suppression capacitor is an effective interference reduction component because its electrical impedance decreases with increasing frequency, so that at higher frequencies they short circuit electrical noise and transients between the lines, or to ground. They therefore prevent equipment and machinery (including motors, inverters, and electronic ballasts, as well as solid-state relay snubbers and spark quenchers) from sending and receiving electromagnetic and radio frequency interference as well as transients in across-the-line (X capacitors) and line-to-ground (Y capacitors) connections. X capacitors effectively absorb symmetrical, balanced, or differential interference. On the other hand, Y capacitors are connected in a line bypass between a line phase and a point of zero potential, to absorb asymmetrical, unbalanced, or common-mode interference.

EMI/RFI suppression capacitors are designed and installed so that remaining interference or electrical noise does not exceed the limits of EMC directive EN 50081 Suppression components are connected directly to mains voltage semi-permanently for 10 to 20 years or more, and are therefore exposed to overvoltages and transients which could damage the capacitors. For this reason, suppression capacitors must comply with the safety and inflammability requirements of international safety standards such as the following:

RFI capacitors which fulfil all specified requirements are imprinted with the certification mark of various national safety standards agencies. For power line applications, special requirements are placed on the inflammability of the coating and the epoxy resin impregnating or coating the capacitor body. To receive safety approvals, X and Y powerline-rated capacitors are destructively tested to the point of failure. Even when exposed to large overvoltage surges, these safety-rated capacitors must fail in a fail-safe manner that will not endanger personnel or property.

The Nijkerk Electronics suppliers has film capacitors (Faratronic) and ceramic capacitors (Holystone) available, you can find datasheets and application information on the website;

Posted on 13 October 2020 by Nijkerk Electronics
Category: News
Tags: capacitors, class x, class y, EMI, faratronic, Holystone, RFI
We use cookies on our website to give you the most relevant experience by remembering your preferences and repeat visits. By clicking “Accept All”, you consent to the use of ALL the cookies. However, you may visit "Cookie Settings" to provide a controlled consent.
Cookie SettingsAccept All.
privacy policy
Manage consent