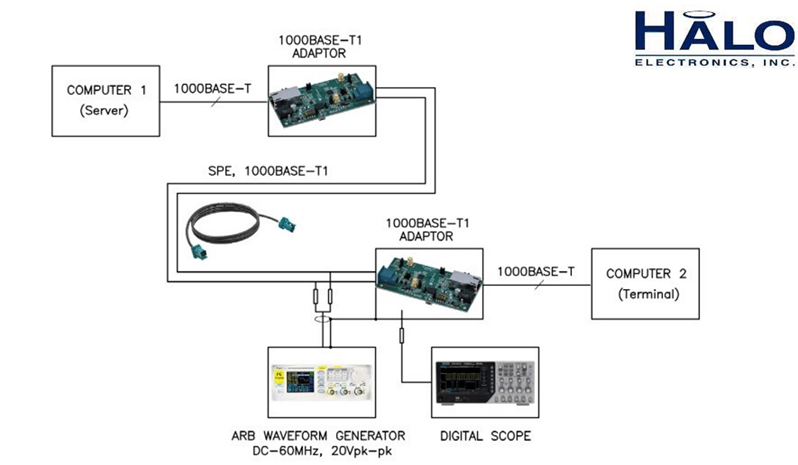 This whitepaper explains the benefits of using an isolation transformer, instead of capacitively coupled circuits, for Single Pair Ethernet applications in noisy environments.  It is particularly interested for the following industries: Automotive, Industrial/Industrial Automation, and Avionics.

Ethernet has come a long way since its inception in the ‘70’s. Not only have data rates increased manyfold, its application has grown far beyond computer networking. Ethernet has been adopted in industrial automation and controls, medical equipment, automotive, avionics and more. In short, it is ubiquitous. The most widely deployed form of Ethernet uses multi-pair electrical transmission lines, and recent developments have introduced Single-Pair-Ethernet (SPE), which is finding increasing use in the automotive and industrial automation sectors.

One major difference between SPE and other twisted-pair systems is the common use of capacitive coupling (CC) instead of isolation transformers in the front-end. While there are some obvious advantages in capacitive coupling (for example where there are no high voltage isolation requirements to meet, a smaller size and lower cost are possible), some concerns with the performance of this approach have become evident in some applications.

Whereas earlier generations of 802.3 standards for Ethernet over twisted pairs set specific requirements for Common-Mode Rejection (CMR) at the Media Dependent Interface (MDI), recent xBASE-T1 specifications (for SPE) do not. This is entirely sensible, as it facilitates the use of SPE in environments where CAN or LIN systems are alternatives. However, SPE can be deployed in noisy environments, where capacitive coupling and Common-Mode Choke (CMC) front-end circuits may not offer sufficient CMR to protect the link. Communication drop-outs or complete signal blockage may occur due to interference that is readily found in noisy environments.

We demonstrate here that HALO’s high-speed SPE isolation transformers are effective in eliminating the susceptibility issues of capacitive coupling plus common-mode choke (CC+CMC) systems, and we note that transformers offer the most compact solution where there is also a requirement for high voltage isolation, as capacitors alone for this are rather bulky.

Posted on 2 November 2022 by Nijkerk Electronics
Category: News
Tags: Halo, SPE, white paper
We use cookies on our website to give you the most relevant experience by remembering your preferences and repeat visits. By clicking “Accept All”, you consent to the use of ALL the cookies. However, you may visit "Cookie Settings" to provide a controlled consent.
Cookie SettingsAccept All.
privacy policy
Manage consent