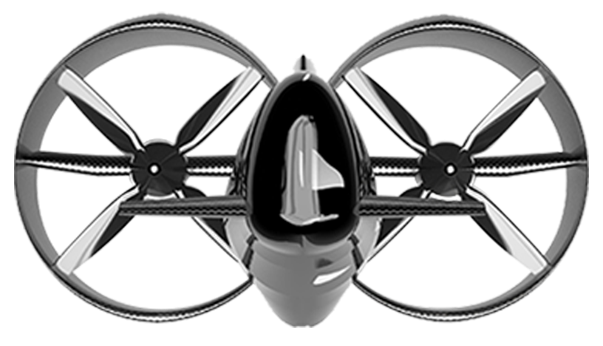 In November 2017, The GoFly Prize was announced, a three phase challenge sponsored by Boeing. The goal of the prize is to foster the development of safe, quiet, ultra-compact, near-Vertical Take-Off and Landing (VTOL) personal flying devices capable of flying twenty miles while carrying a single person.

Early 2018, a small group of aerospace engineering students from the TU Delft submitted their concept. Their electric flying motorcycle concept was among ten winners selected out of nearly two hundred entries. They quickly put their concept to the test, individually testing key components of the aircraft as well as flying smaller scale models. In March of 2019, the result of this work made them one of the five winners in the global competition.

The Silverwing is now in production; first test flights are planned for July in the Netherlands

The Silverwing uses the Gigavac Power Contactor (GV200BAB) and the Gigavac P115BDA Relays. Ruben Forkink, one of the developers of the Silverwing explains why they choose the Gigavac Power Contactor (GV200BAB): “The contactors are used as the main switch within the vehicle. They ensure a safe working environment around the batteries. The battery supplies a maximum voltage of 800V and supplies a current up to 210 Ampère. When you have such heavy-duty applications, it is important to have reliable contactors.”

Forkink continues: “There is a huge amount of offers regarding contactors and modifications. Many of those were suitable for our purpose, the trick, however, is to find the right one. We have approached a lot of suppliers, but we came to the conclusion that the Gigavac GV200BAB was most suited for our applications. During the selection process, Nijkerk Electronics and Gigavac advised us on how to proceed. This made it possible that we had as much information as possible to select the correct contactors.”

“Later on the P115BDA relays were added to the project. The high voltage battery pack will need a pre-charge circuit to prevent damage to the powertrain. Nijkerk Electronics and Gigavac advised us on this subject as well and we are convinced that the p-series p115 is the best fit for our powertrain.”

Posted on 3 June 2019 by Nijkerk Electronics
Category: News
We use cookies on our website to give you the most relevant experience by remembering your preferences and repeat visits. By clicking “Accept All”, you consent to the use of ALL the cookies. However, you may visit "Cookie Settings" to provide a controlled consent.
Cookie SettingsAccept All.
privacy policy
Manage consent