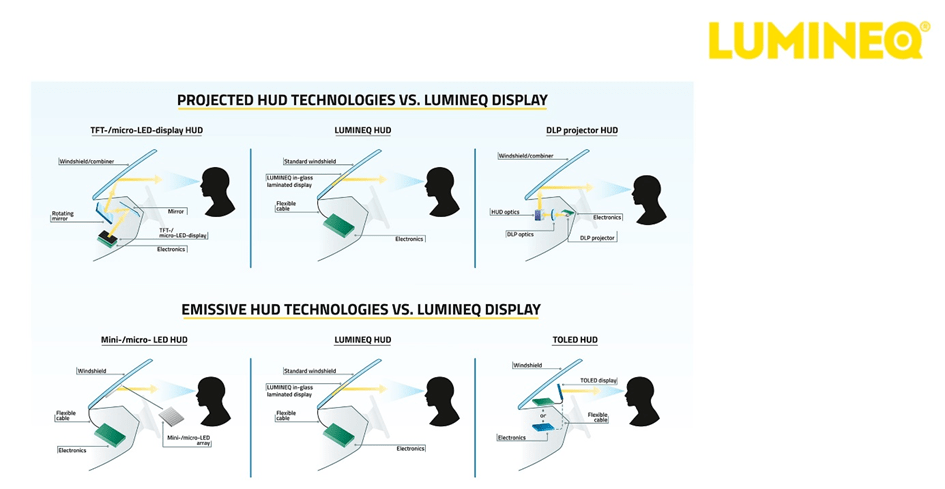 Dashboards in vehicles play an essential role in ensuring the driving is safe and smooth by providing relevant data, such as speed, RPM, oil level, warnings, etc. But as more and more data are presented on multiple screens in vehicles, critical information can sometimes get lost and become difficult to see. Moreover, glancing between the dashboard and the road can be dangerous, especially when the drivers need to focus and keep their heads up.

That’s why head-up displays (HUDs) have become increasingly popular in recent years in the transportation industry, to show critical information in front of the driver and reduce driver distraction. There are mainly two head-up display technologies: Projected HUD and Emissive HUD.

Here are the pros and cons of these two projected HUD solutions. 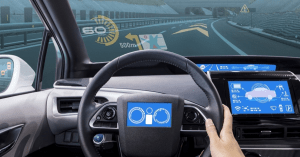 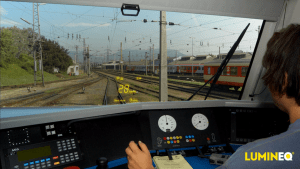 These solutions use transparent displays to show information in front of the driver. The electronics and flexible cables are compact and hidden, while the display parts are outside the dashboard. Micro-LED arrays can be attached to the windshield or placed above the dashboard as a separate unit as TOLED. LUMINEQ in-glass/polycarbonate displays are laminated in the windshield.

The images below illustrate the setup of three emissive head-up display technologies. 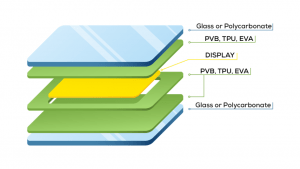 Pros and cons of emissive HUDs

The focal point is the significant difference between an emissive HUD and a projected HUD. The focal point of a projected HUD is adjustable and usually placed a few meters ahead of the road, while the focal point of an emissive HUD is on the display, which is placed in the driver’s line of sight. This can be arguably a disadvantage or an advantage, depending on the driver’s preference. The projected information floating a few meters ahead of the driver allows the eyes to refocus faster, but some drivers may find it more distracting when mixed with real-world road conditions. 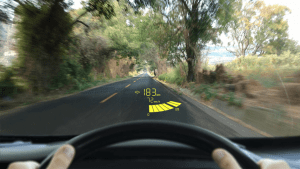 Besides the focal point, another big difference is the amount of space required for the setup. In this regard, emissive HUDs clearly win. Their construction is simple and requires little space from the vehicle’s interior space. Instead of a complex projection system, the emissive HUDs only consist of compact electronics, a flexible cable, and a display. The electronics are small and take around 0.3L of space from the dashboard, 20-30 times less than the projected HUDs.

Furthermore, emissive HUDs handle the shock and vibration better. They work for vertical windshields in commercial and industrial vehicles such as trucks, buses, RVs, vans, cranes, forklifts, and tractors, since the information is shown directly on the display, unlike projected HUDs that usually require certain angles to project images properly.

Among three emissive HUDs, LUMINEQ and mini-LED are made of inorganic materials, while TOLED is made of organic materials. Therefore, environments greatly affect the performance of a TOLED HUD, while the other two are immune to the surroundings including humidity, solar load, and temperatures. 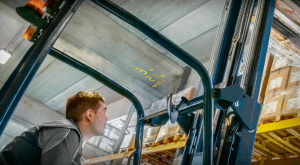 Regarding optical clarity and transmission, LUMINEQ HUD is better compared to TOLED and mini-LED. It is clear as glass with 80% transparency and can offer over 70% overall transparency for the whole laminated stack, while TOLED 40% and mini-LED 60% depending on the density of LEDs in an array. LUMINEQ HUD has good clarity and minimal haze, but the other two have clarity and haze issues. The images from LUMINEQ HUD are viewable from 360° angles, both inside and outside the vehicles.

When it comes to the richness of the content, both TOLED and mini-LED can display colorful images, while LUMINEQ in-glass HUD is monochrome.

If you want more information or if you have any questions about this product, please contact Nijkerk Electronics!

Geplaatst op 22 september 202227 september 2022 door Nijkerk Electronics
Categorieën: Lumineq, News
Tags: DLP, hud, LED, Lumineq
We use cookies on our website to give you the most relevant experience by remembering your preferences and repeat visits. By clicking “Accept All”, you consent to the use of ALL the cookies. However, you may visit "Cookie Settings" to provide a controlled consent.
Cookie SettingsAccept All.
privacy policy
Manage consent

This website uses cookies to improve your experience while you navigate through the website. Out of these, the cookies that are categorized as necessary are stored on your browser as they are essential for the working of basic functionalities of the website. We also use third-party cookies that help us analyze and understand how you use this website. These cookies will be stored in your browser only with your consent. You also have the option to opt-out of these cookies. But opting out of some of these cookies may affect your browsing experience.
OPSLAAN & ACCEPTEREN