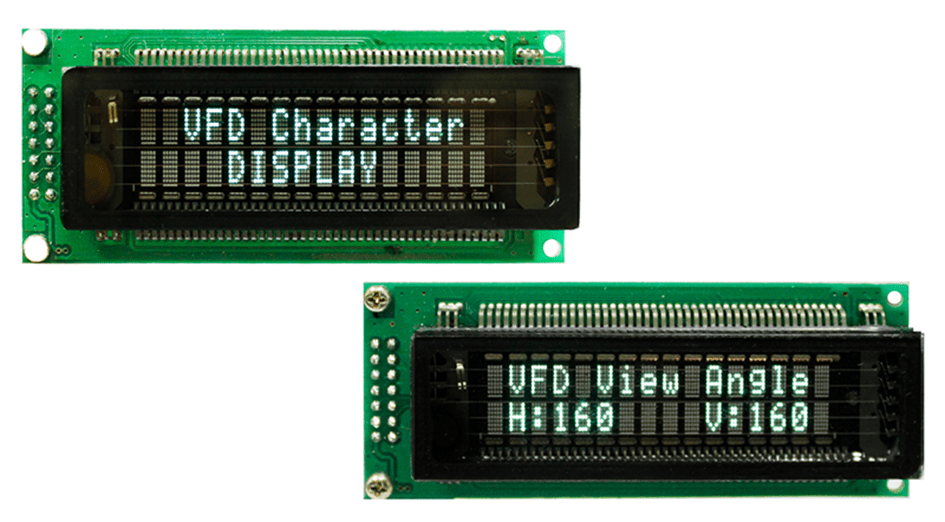 Vacuum Fluorescent Display (VFD) [Figure 1] is a display device with the same principle as a cathode ray tube; its main control device is a grid with controllable voltage. The electronics are accelerated to the anode under the attraction of the grid electric field. After hitting the fluorescent powder on the anode, they emit visible light with a specific wavelength distribution. By adjusting the voltage of the grid, the brightness of the vacuum fluorescent display can be adjusted. A plurality of vacuum fluorescent units are arranged in an array or a specific pattern, which becomes a VFD.

VFD was one of the important milestones in the development of displays and was widely used in various fields such as household appliances, DVDs, microwave ovens, office automation equipment, industrial instruments, and automotive instruments. However, with the development of display technology, various shortcomings of VFD have gradually surfaced. First of all, the most obvious is that the thickness of the VFD module is too thick [Figure 2].

With the development of various applications toward the lightweight, the thickness of the display module becomes the key factor.

Secondly, VFD mainly uses fluorescent powder to modulate the luminous color, and the display light color is single, such as green, yellow, and white.

In terms of contrast, the performance of VFD is not very good. A dark cover is usually added outside the VFD to improve the contrast, so the brightness decreases.

The power consumption of VFD is also relatively high because the electron beam of the VFD module hits the fluorescent powder of the vacuum tube. The energy will be converted into light and heat, respectively, and the energy conversion to light will be inefficient. 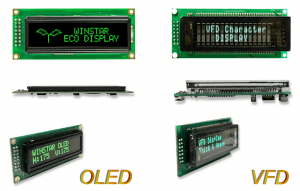 Figure 2: The Comparison of VFD modules and OLED modules

Based on the above disadvantages, the market is actively looking for alternatives to VFDs. Replacing VFD modules with OLED modules has many advantages, as shown in Table 1. Winstar provides PM-OLED module replacement solutions, which can effectively compensate for VFDs’ weaknesses.

Finally, in terms of a lifetime [Note 1], OLED is much better than VFD. VFD is damaged due to the fluorescent powder’s continuous bombardment of the vacuum tube wall by electron beams, and its brightness will decay rapidly. The estimated service life is about 30K. The lifetime of PM-OLED exceeds that of VFD in an all-around way. Yellow and green are about 100K hours, and white and red are about 50K hours, which is 1.5~3 times the lifetime of VFD.

Note 1: The definition of a lifetime is the time of OLED brightness decay to 50% 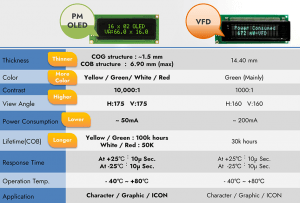 Many customers would like to use OLED modules to replace existing VFD modules, directly use them on existing product structures, and maintain the original module appearance, thickness, module interface, etc. (as shown in Figure 3).

Of course, this is no problem! Winstar can help customers customize PM-OLED modules that are the same as the original VFD modules. Regarding thickness specifications, spacers can be added to thin and light OLED modules to meet the same thickness as VFD. In terms of resolution, they can be maintained the same as VFD, and the module interface can ultimately be the same to achieve fast plug-and-play replacements!

Note 1: The definition of a lifetime is the time of OLED brightness decay to 50%

Publié le 24 novembre 202222 novembre 2022 par Nijkerk Electronics
Catégorie : News
Étiquettes : PMOLED, VFD, Winstar
We use cookies on our website to give you the most relevant experience by remembering your preferences and repeat visits. By clicking “Accept All”, you consent to the use of ALL the cookies. However, you may visit "Cookie Settings" to provide a controlled consent.
Cookie SettingsAccept All.
privacy policy
Manage consent

This website uses cookies to improve your experience while you navigate through the website. Out of these, the cookies that are categorized as necessary are stored on your browser as they are essential for the working of basic functionalities of the website. We also use third-party cookies that help us analyze and understand how you use this website. These cookies will be stored in your browser only with your consent. You also have the option to opt-out of these cookies. But opting out of some of these cookies may affect your browsing experience.
Enregistrer & appliquer